Sort by:
Best sellers Relevance Name, A to Z Name, Z to A Price, low to high Price, high to low
Grid
List
Showing 1-7 of 7 item(s) 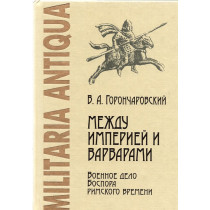 History
Mezhdu imperei i varvarami. Voennoe delo Bospora rimskogo vremeni [Between Empire and Barbarians]
In the series Militaria antiqua. The book examines the military-political history of the Bosporan Kingdom through the first three centuries AD. During this time, the former Roman province prospered as a client state of Rome. Its king led campaigns against and defeated the Scyths and consolidated power around the Black Sea, including such modern day cities such as Kerch.
$8.42 $12.95 -35% Price 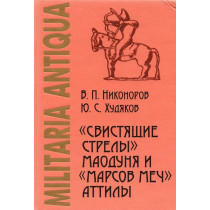 History
'Svistiashchie strely' maodunia i 'marsov mech' Attily ['Svistiashchie strely' maodunia i 'marsov mech' Attily]
The book examines the military art and arms of the Central Asian nomads, the Huns from their appearance and threat to the Chinese in the 3rd century BC (Xiongnu) to their final movement into Europe in the 4th century under Attila defeating the Ostrogoths and the Visigoths, which brought them to the frontier of the Roman Empire.
$11.01 $12.95 -15% Price

Quick view
History
Sekret armii Iustiniana. Vostochnaia armiia v 491-641 gg. [The secret of the army of Justinian. Eastern Army in 491-641]
The subject of this book is the history, organization and structure of the army of the Eastern Roman Empire (or Early Byzantium). Of particular interest are the time of great conquests during the reign of Emperor Justinian I (527-565). During his reign, he attempted to reconquer the lost Western half of the Roman Empire: establishing control of the Visigoths in the Iberian Peninsula, the Ostrogoths in Italy, the Vandals in northern Africa, etc.
$12.71 $14.95 -15% Price 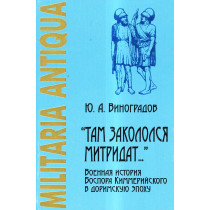 Military History
Tam zakololsia mitridat... Voennaia istoriia Bospora Kimmeriiskogo [Military history of the Cimmerian Bosporus ]
The book examines the military history of the Kingdom of the Cimmerian Bosporus in the pre-Roman epoch. Based on the Kerch peninsula this kingdom was one of the first real Hellenistic states founded by Greek settlers.
$7.67 $13.95 -45% Price 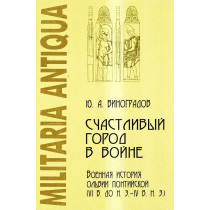 Military History
Schastlivyi gorod v voine. Voennaia istoriia Ol'vii pontiiskoi
Olbia was one of the main centers of Greek colonization of the Northern coast of the Black Sea. This book traces the development of this thriving city and its military campaigns against both the forces of Alexander the Great and against the Scythians. E
$14.95 Price 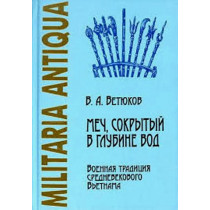 History
Mech sokrytyi v glubine vod. Voennaia traditsiia srednevekovogo V'etnama
The book offers a detailed examination of the little studied military traditions of medieval Vietnam. Of particular interest is the period of the 10th to the 18th centuries which saw many conflicts mostly in opposing the expansion of the Chinese Empire
$5.98 $11.95 -50% Price 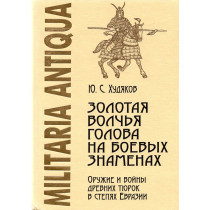 History
Zolotaia volch'ia golova na boevykh znamenakh. Oruzhie i voiny drevnikh tiurok [Weapons and wars of the ancient Turks]
In the history of the Eurasian steppes in the early medieval era, a major role was played by the ancient Turks. They managed to unite Turkic tribes and reached its peak as the First Turkic Kaganate from 552-745 AD. Ruling huge swaths of the Central Asian Steppe they were pressured on one side from the Chinese and from other non-Turkic nomadic tribes on the other. Eventually internall dynastic strife caused the collapse of the Kaganate into Eastern and Western kaganates.
$9.57 $15.95 -40% Price