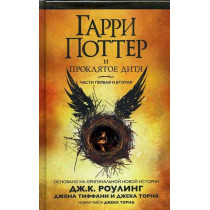 Children's Books
Garri Potter i prokliatoe ditia [Harry Potter and the Cursed Child]
Nineteen years have passed ... It's always difficult to be Harry Potter. And now, to him, beyond the burden of workload in the Ministry of Magic, husband and father of three school-age children, is not easy. And while Harry is trying to fight a past that
$24.95 Price 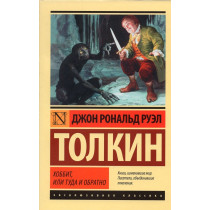 Fantasy
Khobbit, ili tuda i obratno [The Hobbit, or There and Back Again]
'There was a hole in the ground, and a hobbit lived in the hole.' These words were written by John Ronald Reuel Tolkien on the back of a school exam paper he was checking one hot summer day. And who would have thought that it was from them, like from a ma
$9.00 Price 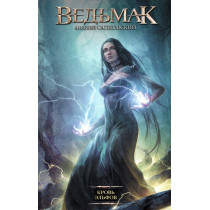 Fantasy
Krov' el'fov [Witcher. Blood of Elves]
Watch for the signs! What signs these shall be, I say unto you: first the earth will flow with the blood of Aen Seidhe, the Blood of Elves....For over a century, humans, dwarves, gnomes, and elves have lived together in relative peace. But times have chan
$14.95 Price 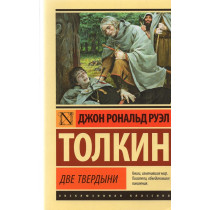 Fantasy
Vlastelin kolets: Dve tverdyni [The Lord of the Rings: The Two Towers]
The second volume in J.R.R. Tolkien's epic adventure THE LORD OF THE RINGS One Ring to rule them all, One Ring to find them, One Ring to bring them all and in the darkness bind them Frodo and his Companions of the Ring have been beset by danger during the
$9.00 Price 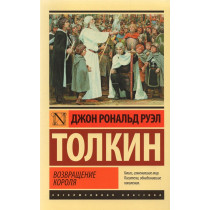 Fantasy
Vlastelin Kolets: Vozvrashchenie korolia [Lord of the Rings. Return of the King]
As the Shadow of Mordor grows across the land, the Companions of the Ring have become involved in separate adventures. Aragorn, revealed as the hidden heir of the ancient Kings of the West, has joined with the Riders of Rohan against the forces of Isengar
$8.50 Price

Fantasy
Sil'marillion [Silmarillion]
The story of the creation of the world and of the First Age, this is the ancient drama to which the characters in The Lord of the Rings look back and in whose events some of them, such as Elrond and Galadriel, took part. The three Silmarils were jewels cr
$21.95 Price 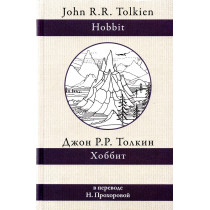 Fantasy
Khobbit [Hobbit] v perevode N. Prokhorovoi
'There was a hole in the ground, and a hobbit lived in the hole.' These words were written by John Ronald Reuel Tolkien on the back of a school exam paper he was checking one hot summer day. And who would have thought that it was from them, like from a ma
$23.95 Price 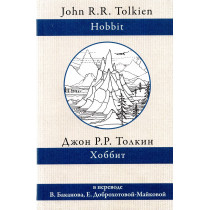 'There was a hole in the ground, and a hobbit lived in the hole.' These words were written by John Ronald Reuel Tolkien on the back of a school exam paper he was checking one hot summer day. And who would have thought that one of the most famous works of world literature would grow out of them, like from a magic seed... This edition includes the translation of V. Bakanov and E. Dobrokhotova-Maikova. 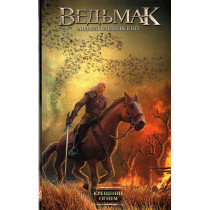 Fantasy
Kreshchenie ognem [Baptism of Fire]
The New York Times best-selling series that inspired the international hit videogame The Witcher. The Wizard's Guild has been shattered by a coup, and in the uproar Geralt was seriously injured. The witcher is supposed to be a guardian of the innocent, a protector of those in need, a defender against powerful and dangerous monsters that prey on men in dark times. But now that dark times have fallen upon the world, Geralt is helpless until he has recovered from his injuries. While war rages across all of the lands, the future of magic is under threat, and those sorcerers who survive are determined to protect it. It's an impossible situation in which to find one girl - Ciri, the heiress to the throne of Cintra, has vanished - until a rumor places her in the Niflgaard court, preparing to marry the emperor. Injured or not, Geralt has a rescue mission on his hands.
$15.95 Price 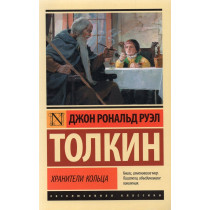 Fantasy
Vlastelin Kolets: Khraniteli kol'tsa [The Fellowship of the Ring]
In ancient times the Rings of Power were crafted by the Elven-smiths, and Sauron, the Dark Lord, forged the One Ring, filling it with his own power so that he could rule all others. But the One Ring was taken from him, and though he sought it throughout Middle-earth, it remained lost to him. After many ages it fell into the hands of Bilbo Baggins, as told in The Hobbit. In a sleepy village in the Shire, young Frodo Baggins finds himself faced with an immense task, as his elderly cousin Bilbo entrusts the Ring to his care. Frodo must leave his home and make a perilous journey across Middle-earth to the Cracks of Doom, there to destroy the Ring and foil the Dark Lord in his evil purpose.
$11.50 Price 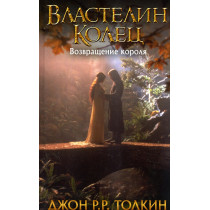 Fiction Contemporary
Vlastelin Kolets: Vozvrashchenie korolia [Lord of the Rings. Return of the King]
The Return of the King is the towering climax to J. R. R. Tolkien's trilogy that tells the saga of the hobbits of Middle-earth and the great War of the Rings. In this concluding volume, Frodo and Sam make a terrible journey to the heart of the Land of the Shadow in a final reckoning with the power of Sauron.
$19.95 Price 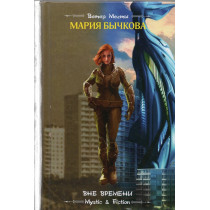 Fiction Contemporary
Vne vremeni [Out of Time]
Three young space wanderers did not even suspect that one day, coming out of a hyperjump near their native Earth, they would find themselves in a distant past for them and not so distant for us - in the midst of the gangster 90s. But they were able to fin
$18.95 Price 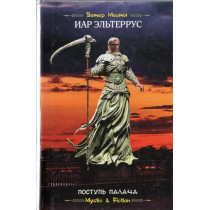 Fiction Contemporary
Postup' palacha [Executioner's Walk]
Angel of Retribution. The Pale Horseman. Executioner of the Worlds. Weaving Path. Abadonna. He has many names, but no one ever expects his coming, for it does not bode well for any world. But, as it turned out, the adult Executioner is not the worst thing
$16.95 Price 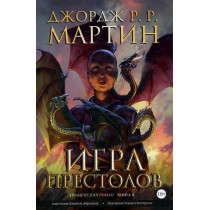 Fiction Contemporary
Igra prestolov. Kniga 4. Graficheskii Roman [Game of Thrones. Graphic Novel - 4]
In Vsters, the war continues and the confusion associated with this. Having lost his father, who in fact was the ruler, Sercea in the role of regent in his young son tries to keep in his hands the sole power over the country. She quarrels with everyone
$39.95 Price 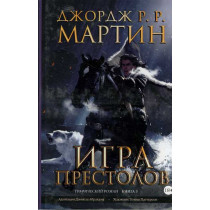 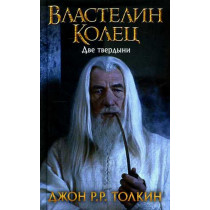 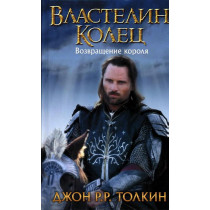