Sort by:
Best sellers Relevance Name, A to Z Name, Z to A Price, low to high Price, high to low
Grid
List
Showing 1-3 of 3 item(s) 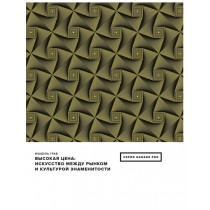 E-BOOKS
Visokaia tsena i kul'turoyznamenitosti [High price: the art between the market and the culture of a celebrity] E-Book

Today, the art world is not dominated by a small group of insiders. According to Graw, the art economy has been transformed from a retail business into an industry that produces visuality and meaning. This book questions the assumption of a dichotomy between art and the market, as well as the notion that market value is equal to artistic value. While examining the intrinsic connection between artistic production and its market conditions, Graw also insists that art is a commodity unlike any other. High Price claims that art and the market have to escape each other precisely because they are so deeply entangled. 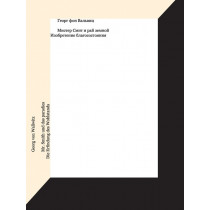 Greed, fear and terror? Is financial capitalism primarily there to scare the ignorant? In his second book Georg von Wallwitz makes the usual tongue-in-cheek attempt to explain what we consider to be unbearably complicated: how "our" capitalism came into being; who came up with it; what it is good for and what it is not good for; how to ruin a country or avoid it; how to escape poverty; why you should pay taxes; 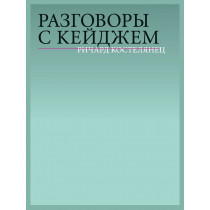 The book ‘Conversations with Cage’ is composed of hundreds of interviews with the greatest music innovator of the 20th century, the philosopher, poet, musicologist and artist John Cage (1912–1992), which he gave to various publications and journalists for almost half a century. Kostelyanets selected characteristic passages from these conversations and composed a detailed proto-interview, which ideally could be given by Cage. The fragments are designed as if it were one long conversation in which we are talking about the life and way of thinking of the composer, about his views on various aspects of culture and art. Cage himself checked the manuscript for errors and supplemented it with his comments.