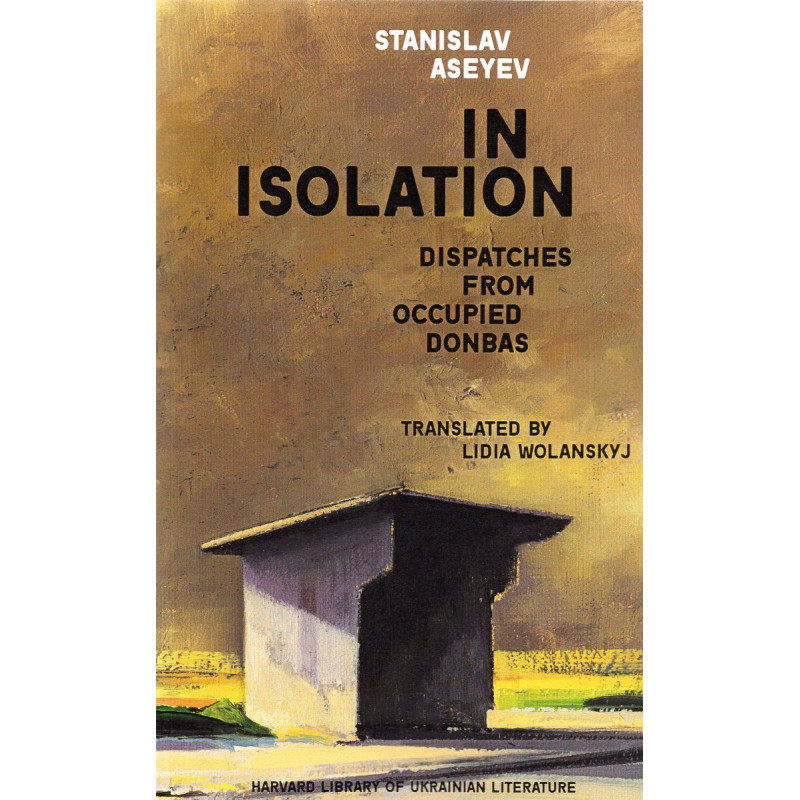 In Isolation. Dispatches From Occupied Donbas
$19.95

In this exceptional collection of dispatches from occupied Donbas, writer and journalist Stanislav Aseyev details the internal and external changes observed in the cities of Makiïvka and Donetsk in eastern Ukraine. Aseyev scrutinizes his immediate environment and questions himself in an attempt to understand the reasons behind the success of Russian propaganda among the working-class residents of the industrial region of Donbas.

In this exceptional collection of dispatches from occupied Donbas, writer and journalist Stanislav Aseyev details the internal and external changes observed in the cities of Makiïvka and Donetsk in eastern Ukraine. Aseyev scrutinizes his immediate environment and questions himself in an attempt to understand the reasons behind the success of Russian propaganda among the working-class residents of the industrial region of Donbas. Aseyev focuses on the early period of the Russian-sponsored military aggression in Ukraine’s east, the period of 2015–2017. The author’s testimony ends with his arrest for publishing his dispatches and his subsequent imprisonment and torture in a modern-day concentration camp on the outskirts of Donetsk run by lawless mercenaries and local militants with the tacit approval and support of Moscow. For the first time, an inside account is presented here of the toll on real human lives and civic freedoms that the citizens of Europe’s largest country continue to suffer in Russia’s hybrid war on its territory.

16 other products in the same category: 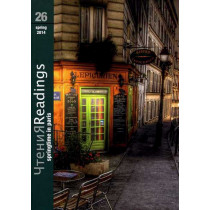 Books in English
Chtenia. Springtime in Paris
This spring's issue features a look back at the life and work of Russian emigre writers, poets, artists and non-artistic types in Paris after the Bolshevik Revolution. It is a colorful, fascinating look at the nature and effects of exile.
$12.00 Price 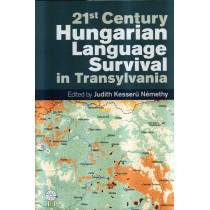 Helena History Press
21st Century Hungarian Language Survival in Transylvania
This volume examines the present-day situation of Hungarian as a minority language in Romania. It is an important addition to the study of the Hungarian language in the diaspora that should be of interest not only to linguists and sociologists also sociol
$55.00 Price 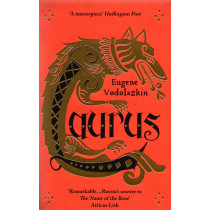 Books in English
Laurus
It is a time of plague and pestilence, and a young healer, skilled in the art of herbs and remedies, finds himself overcome with grief and guilt when he fails to save the one he holds closest to his heart. Leaving behind his village, his possessions and h
$16.99 Price 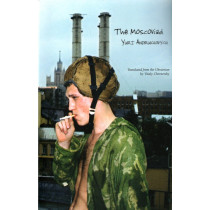 Books in English
Moscoviad
The literary dormitory at Moscow University becomes a kind of Russian Grand Hotel, serving the last supper of empire to a host of writers gathered from every corner of the continent, and beyond. Young poets from Vietnam, Mongolia, Yakutia, Uzbekistan, Rus
$14.00 Price 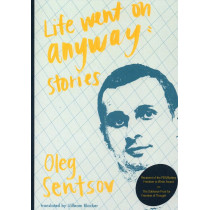 Books in English
Life Went on Anyway. Stories
The stories in Ukrainian film director, writer, and dissident Oleg Sentsov’s debut collection are as much acts of dissent as they are acts of creative expression. These autobiographical stories display a mix of nostalgia and philosophical insight, written in a simple yet profound style looking back on a life's path that led Sentsov to become an internationally renowned dissident artist. Sentsov's charges seemingly stem from his opposition to Russia's invasion and occupation of eastern Ukraine where he lived in the Crimea. He was sentenced to 20 years in prison in August 2015 on spurious terrorism charges after he was kidnapped in his house and put through a grossly unfair trial by a Russian military court, marred by allegations of torture. Many of the stories included here were read during international campaigns by PEN International, the European Film Academy, and Amnesty International, among others, to support the case for Sentsov across the world. Sentsov's final words at his trial,
$14.95 Price 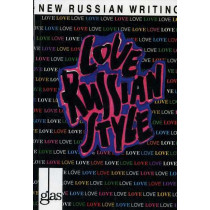 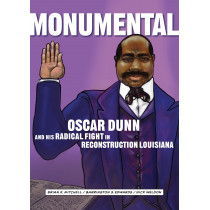 Books in English
Monumental: Oscar Dunn and His Radical Fight in Reconstruction Louisiana
Monumental tells, for the first time, the incredible story of Oscar James Dunn, a New Orleanian born into slavery who became America's first Black lieutenant governor and acting governor. A champion of universal suffrage, civil rights, and integrated public schools, Dunn fought for radical change during the early years of Reconstruction in Louisiana, a post-Civil War era rife with corruption, subterfuge, and violence. A graphic history informed by newly discovered primary sources, Monumental resurrects, in vivid detail, Louisiana and New Orleans after the Civil War?and presents an iconic American life that never should have been forgotten. Contextual essays and a map and timeline add layers of depth to the narrative. Monumental is a story of determination, scandal, betrayal, and how one man's principled fight for equality and justice may have cost him everything.
$16.96 $19.95 -15% Price 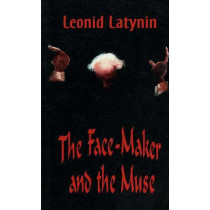 Books in English
Glas. New Russian Writing. Volume 21. The Face-Maker and the Muse
In this issue: Leonid Latynin "The Face-Maker and the Muse". This 1978 Russian novel is about an artist who lives in "the city," a dystopian hell whose citizens are identified only by numbers - unless they happen to look like an idealized face called "the image" - created by the eponymous Face-Maker - in which case they receive a name and certain privileges. Plastic surgery, of course, plays its part in this society, as do such bizarre customs as strangling birds, as well as various bizarre sexual practices. Latynin's Orwellian fable is a powerful indictment not only of oppressive societies but of the contemporary obsession with appearance.
$11.21 $14.95 -25% Price 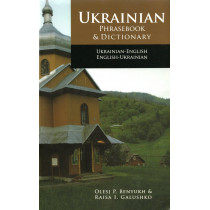 Books in English
Ukrainian Phrasebook and Dictionary. Ukrainian-English, English-Ukrainian
Whether you are familiarizing yourself with the language, or planning a trip to the republic of Ukraine, this is the phrasebook / dictionary for you. For business, education, or leisure, one must realize that this area once part of the former Soviet Union
$12.95 Price 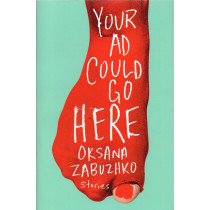 Books in English
Your Ad Could Go Here

Oksana Zabuzhko, UkraineÆs leading public intellectual, is called upon to make sense of the unthinkable reality of our times. In this breathtaking short story collection, she turns the concept of truth over in her hands like a beautifully crafted pair of 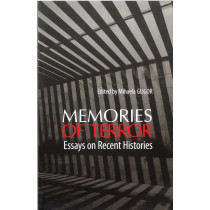 Books in English
Memories of Terror. Essays on Recent Histories

This volume, focusing on the recovery of some forgotten facts about a very painful period of our history, addresses major concerns and problems. Stories dealing with life of surviving Jews after Holocaust are as important as the stories of the Holocaust itself. These are the stories of surviving Jews after the Holocaust, living memories of fear and strength, personal and interior battles, (in)tolerance and finding a place in a new world, but also acceptance of the pain of joy and hope for a better future. 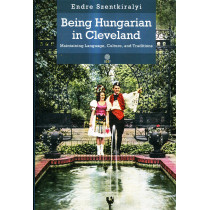 Books in English
Being Hungarian in Cleveland. Maintaining Language, Culture and Traditions
Cleveland, Ohio, has been the U.S. hub for all things related to Hungary and Hungarians since the nineteenth century. Between the mid-1800s and the late 1990s, the city welcomed six major waves of Hungarian immigrants. The community they created had its heyday in the late 1960s, when Hungarian schools and churches, arts, music, publishing, radio and TV, and civic organizations? especially scouting?all flourished. Today, Cleveland?s Hungarian community remains vibrant and continues to value and preserve its heritage despite the ongoing impact of economic, social and cultural changes, demographic shifts and gentrification. In this work, historian Endre Szentkiralyi examines the concept of 'being Hungarian in Cleveland,' using a variety of methodologies and drawing on his 47 years as an active member of that community. He looks at the community historically and sociologically via in-depth research into its language and literature, culture, and traditions.
$50.00 Price 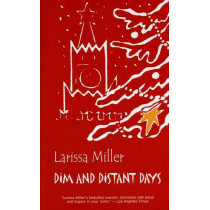 World Languages
Glas. New Russian Writing. Volume 25. Dim and Distant Days
In this issue: Larissa Miller HomoLudens, Childhood in Post-War Moscow, Papa Misha, St.Petersburg-Leningrad, Muzyka - Music, Flitting and Gliding, the Black Sea, Virgin Lands, My Romance with English, My Land and Home, In Lieu of Conclusion. Larissa Miller's memoir recounts her childhood in postwar Moscow, with reminiscences of her mother, a major journalist under Stalin, and of her father killed in World War II; the discovery of her Jewish Identity; her first love; and reflections on the nature of literature and art. Her life has been closely connected with all the major events of the age which she relates with sober tenderness and insight.
$11.21 $14.95 -25% Price 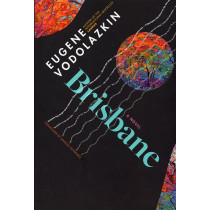 Books in English
Brisbane
Brisbane is a richly layered, universal coming-of-age story of a musical prodigy robbed of his talent by an incurable disease who attempts to overcome his mortality. After Gleb Yanovsky, a celebrated guitarist, is diagnosed with Parkinson's disease at age fifty, he permits a writer, Sergei Nesterov, to pen his biography. For years, they meet regularly as Gleb recounts the life he's lived thus far: a difficult childhood in Kyiv, his formative musical studies in St. Petersburg, and his later years in Munich, where he lives with his wife and meets a thirteen-year-old virtuoso whom he embraces as his own daughter. In a mischievous and tender account, Gleb recalls a personal story of a lifetime quest for meaning, and how the burden of success changes with age.
$26.95 Price 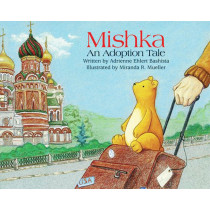 Books in English
Mishka. An adoption tale (in English)
Mo lives high on a shelf in an airport gift shop. All day he watches as families walk past. He can't help but feel lonely. Mo wants a family. He wants a home. Then one day Mo's wish for a family comes true as a special couple take him on a marvelous journey to meet his new best friend, Yuri. Mo has lots of questions once he gets to his destination. Where is he? What's a mishka? And most importantly, will the man and the woman who brought him and Yuri together come back? Will Mo ever have a family of his own?
$8.48 $16.95 -50% Price 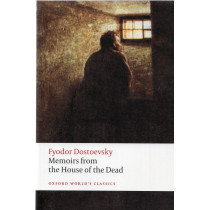 Books in English
Memoirs from the House of the Dead
$10.95 Price 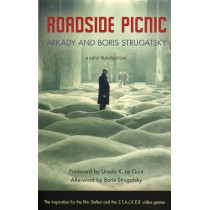 Books in English
Roadside Picnic
Red Schuhart is a stalker, one of those young rebels who are compelled, in spite of extreme danger, to venture illegally into the Zone to collect the mysterious artifacts that the alien visitors left scattered around. His life is dominated by the place and the thriving black market in the alien products. But when he and his friend Kirill go into the Zone together to pick up a ‘full empty,’ something goes wrong. And the news he gets from his girlfriend upon his return makes it inevitable that he’ll keep going back to the Zone, again and again, until he finds the answer to all his problems. First published in 1972, Roadside Picnic is still widely regarded as one of the greatest science fiction novels, despite the fact that it has been out of print in the United States for almost thirty years. This authoritative new translation corrects many errors and omissions and has been supplemented with a foreword by Ursula K. Le Guin and a new afterword by Boris Strugatsky explaining the strange history of the novel’s publication in Russia.
$16.99 Price 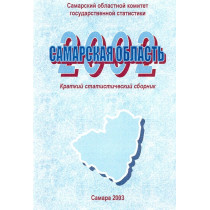 Press run of only 80 copies. 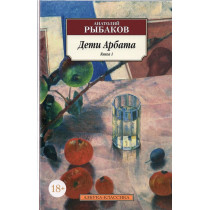 Fiction Contemporary
Deti Arbata (v 3-kh knigakh. komplekt) [Children of the Arbat (in 3 books. Set)]
Children of the Arbat is one of the most significant works of Russian literature of the 20th century. The main characters of this epic are the metropolitan youth of the thirties of the last century. True friends, a close circle - each of them has a specia
$23.00 Price